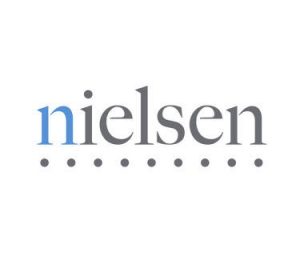 For one, Nielsen Audio managing director Brad Kelly was invited to write a guest column for MediaVillage—an influential trade publication founded by Jack Myers—to show how radio stacks up against other media platforms.

The banner for traditional broadcasters surrounds this big fat factoid, as Kelly references from the report in his guest piece: Each week, more Americans tune into AM/FM radio than watch television, or use smartphones, tablets or computers. At the same time, streaming audio offers consumers even more ways to listen across many of those same devices.

He writes, “Each year, there are more and more ways to listen to information and entertainment in America. Radio, on-demand streaming, podcasts, digital radio services, satellite radio… the list continues to grow. Furthermore, there is little doubt that we are in a golden age of media overall, as content is available everywhere and across all devices. Yet, according to Nielsen’s second quarter 2017 Comparable Metrics Report, radio remains the top way to reach consumers across all media platforms.”

Nielsen compared media platforms, evaluating usage based on three simple metrics: how many, how often and how long. AM/FM radio—both over-the-air stations and their online streams—was also held up to all forms of streaming audio, including apps and websites that stream both music and talk.

When it comes to “how many,” Nielsen found that AM/FM radio continues to reach more people each week than any other medium in the U.S. at 228.5 million adults 18+. Compare that with 216.5 million for TV (live, DVR and time-shifted), 204 million for app/web on a smartphone, and 127.6 million for video on a smartphone. Looking at the audio landscape, broadcast radio’s weekly reach of 228.5 million also outpaces the 67.6 million using streaming audio, 35.9 million using satellite radio and 20.7 million consuming podcasts.

Looking at “how often,” quite simply, Americans use radio five days per week, compared to three days for streaming on smartphones and tablets and two days for streaming on a computer, the study finds. And for “how long,” by understanding the reach (how many) and frequency of use (how often) for each form of audio, time spent (how long) was calculated for both radio and streaming audio. The result: When comparing gross minutes (the total time spent summed for all 18+ users), radio outpaces streaming audio by a factor of 14:1 in an average week.

Adding up the total minutes for AM/FM radio and streaming audio equates to more than 202 billion minutes per week, with AM/FM representing 93% of total weekly minutes compared with roughly seven percent for streaming audio.