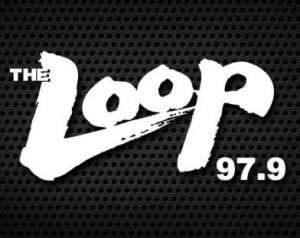 After more than four decades of rocking Chicagoland, “The Loop” is signing off. Christian broadcaster Educational Media Foundation is purchasing WLUP-FM (97.9) from Merlin Media for $21.5 million. EMF will place its syndicated contemporary Christian “K-Love” format on the station as early as Saturday.

“By now, you may have heard that WLUP-FM has been sold to EMF, Educational Media Foundation, by Merlin Media,” the memo read. “This means that we will end WLUP’s current programming today, and later this week, we will cease to be operating WLUP-FM.”

The Chicago Tribune is reporting that EMF will begin operating the station on Saturday, March 10.

“We’re really excited about being able to get into the Chicagoland area,” EMF president/CEO Mike Novak told the Tribune. “We’re hopeful that we have some sort of impact on the people of Chicago and that we can provide a positive and encouraging atmosphere in these days of uncertainty.”

Famous for its Disco Demolition rally at Chicago’s Comiskey Park in the late ‘70s, “The Loop” has been part of Chicago’s rock radio pantheon for most of the years since it flipped from WDSM to WLUP in 1977.

“As I look back on my 40 years on the radio in this market, I am reminded almost daily of The Loop’s impact not only my career, but also rock and roll history in Chicago, and around the world,” veteran Chicago personality and radio hall of Famer Steve Dahl told Feder. “They just don’t make brave risk-taking local radio stations like that anymore, and that’s everybody’s loss. I hope the last song they play there is AC/DC’s ‘Highway To Hell!’”

Jimmy de Castro, who was at the helm of the station during the 80’s, told the Tribune, “We tried to break new ground, to break the rules, to be different and had amazing, talented people. We had a hell of a lot of fun.”

Merlin’s original deal was for Cumulus to pay roughly $70 million for WLUP and WKQX, or $50 million plus what it had paid in LMA fees since it took over the stations in 2014. But in requesting permission from U.S. Bankruptcy Court to end its LMA to purchase agreement with Merlin, Cumulus claimed the $50 million purchase price was “significantly in excess of the stations’ market value.” EMF’s purchase price of $21.5 million suggests Cumulus was right. In early February, Cumulus and Merlin amended their LMA, dramatically lowering the monthly fee Cumulus would pay Merlin and giving Merlin the right to sell the two FMs to a third party.

“While we had hoped to be the highest bidder for the station, we are taking the sale of the Loop as an opportunity to ensure we have the right people in the right jobs and are keeping as many employees as possible,” Nyren said in the memo. “In finalizing this sale, we can now focus on the future stability of the Chicago cluster and necessary growth to remain competitive. We continue to be in active discussions with Merlin regarding an acquisition of WKQX-FM. The sale of the Loop has no impact on our desire to bring WKQX-FM formally into the Cumulus family at the right price.”