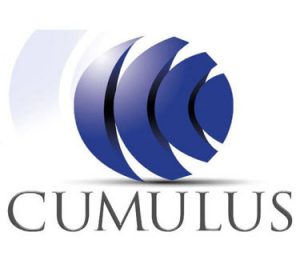 Cumulus Media has switched frequencies on two of its stations in the Harrisburg, PA market, with CHR “Hot 93.5” WWKL moving to the 106.7 frequency and rebranded as “Hot 106.7,” while country “Nash FM” WZCY-FM moves down to the 93.5 frequency.

“Since 2001 when we first launched Hot, we have seen the station continue to grow and grow in Harrisburg,” cluster OM and WWKL PD John O’Shea said. “By moving Hot to the massive 106.7 signal, we now have the opportunity to reach listeners across the Harrisburg, York and Lancaster markets.”

With the change, “93.5 Nash FM” adjusts to include more gold-based country, from such artists as Shania Twain, Carrie Underwood, Garth Brooks, Blake Shelton and George Strait, and has added the moniker “Your Neighborhood Country.”

The revamped country outlet also returns to a live and local show in mornings. PD Charles “Chachi” Angelo, along with co-host Jenna Clay, move from afternoons to mornings.

The duo previously hosted mornings before the addition of the syndicated “America’s Morning Show” – now known as “Ty, Kelly & Chuck” – in 2014. Midday host Alex Harvey takes over afternoons followed by the syndicated “Nash Nights Live” (7p-12a) and “The Blair Garner Show” in overnights.

Angelo said he is “looking forward to getting back to mornings with my on-air partner Jenna Clay, and waking up Harrisburg and York with local stories that affect their daily lives, all while playing the best of ‘Your Neighborhood Country.'”

“We have tried our very best to make this as simple as possible,” regional VP Ron Giovanniello added. “The exact same Hot radio station that listeners and advertisers have loved for decades is now on the best and biggest FM signal in the entire Harrisburg-York-Lancaster DMA at 106.7 FM, allowing listeners to hear Hot everywhere… At the same time, we are excited to launch some new programming elements to 93.5 Nash FM, including ‘Chachi & Jenna in the Morning’ and Alex Harley in afternoons.”